to go or not to go 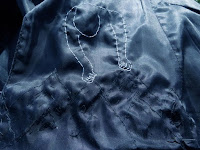 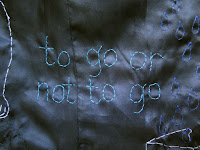 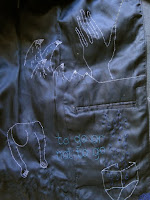 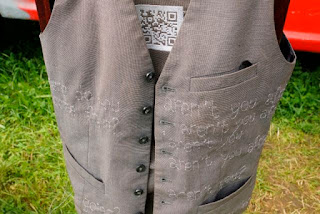 When I am walking in my suit people always ask the same 4 questions. The two first ones are easy. Where do you come from? Where are you going? My answers vary. 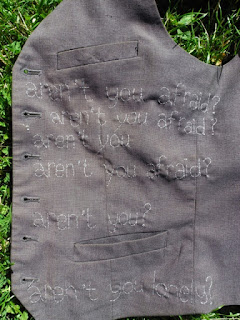 The two questions most asked are basically one question. Yes, I am lonely. But not more than I am at home. Not more in cities than I am in nature. Not more among people than I am among trees. So I answer "no". I meet so many people on the road. Some of them become friends for life. But I always carry my solitude in my left pocket. I cherish it. My courage is in the right one. I don't have to search for it.

The question most asked is whether I am not afraid. I never hesitate answering that one. Not when I am walking, not when the world is carrying me.

Today I am afraid. The last week I have been thinking about walking to Paris, to the COP 21, the big Climate Conference. I talked about it with some people, joining forces to be part of Artcop 21, the global festival of cultural activity on climate change. It is a crazy plan. A 1250 km. walk on my own. And if I want to arrive in time I have to leave soon. It scares me because I was planning to stay. To build. To grow. To settle down. But I know the only way to overcome my fear is to just walk. To settle down in the rhytm of my feet. To be slow, to be on the road with all I need, to meet people, to share what I have to share. To not just talk about how we can change the world but to act.

Damn. I have to start packing. 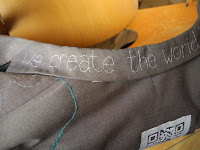 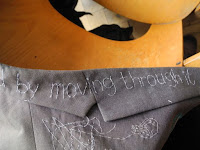 With conviction and with a rigorous sadness

“Before writing a work I walk around it several times accompanied by myself.”
- Erik Satie

I am listening to Satie. Early piano works. The Gymnopedies, regarded as an important precursor to modern ambient music and the Gnossiennes. Listening in my suit. A sunny Wednesday morning in Barcelona.

When Satie died in 1925 the people closest to him were shocked to discover that the composer had lived in a filthy, threadbare room, strewn with hoarded umbrellas, uncountable newspapers and two grand pianos placed on top of each other. In the top one he stored letters and parcels. He hadn’t admitted a single visitor there in 27 years.

They called him the “velvet gentleman”. He owned twelf identical grey suits he had bought in 1895 with part of a small inheritance, wearing one suit at a time until it worn out, only then putting on a new one. He wore them on his daily 10 km walk to his favorite cafés in Paris. When he died, there were 6 new suits left in his room.

The compositions are considered dances. The Gymnopedies all “Lent Et Douloureux”, slow and painful. The Gnossiennes mostly “slow”, but the second one “Avec Étoile”, with astonishment and the sixth one “Avec Conviction Et Avec Une Tristesse Rigoureuse”, with conviction and with a rigorous sadness. My favorite dance.
at 01:52 No comments: 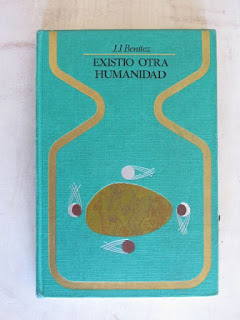 Sometimes I feel uncomfortable in the suit, sometimes I need to get into a different skin to relate to the suit again. It first happened when I arrived in Barcelona in January and the suit didn’t work the way it used to: as a link inbetween the two worlds I move in, the world where I move my feet in and the world where my fingers leave written words, (and actually you are in both of them now, reading this). I didn’t know what to do then, but the city gave me an answer. It surprised me with an amazing supply of clothes thrown out on the street. I started wearing them on off-suit moments, I started a project with it, Memory Shopping.

Until now I wore my suit every day in Barcelona. Day and night. Just the first night I went out dancing I exchanged it for found footage. And this weekend.
It isn’t easy to take off the suit. It makes me worry that I’m not dedicated enough to my cause. That I (like Thoreaux wrote) don’t strive hard enough for not acquiring anything new until I’ve become a new person in the old clothes. But you also have to be flexible sometimes, trust your gut-feeling, adapt. And not be too strict (read: too Dutch). Add new meanings to your old idea. So I walked to the Palo Alto market in a found dress on found shoes with a found bag. And I don’t know if it was this lovely city confirming my decision or if it was just a coincidence (or maybe it is one and the same thing) but on my way there I found an amazing collection of dresses and shirts and shawls and trousers. So I arrived at the dancefloor with a pink garbage bag over my shoulder, left it with the dj and danced. 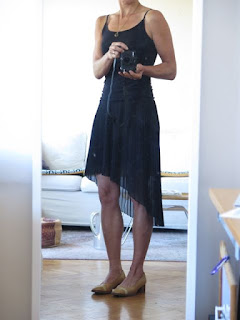 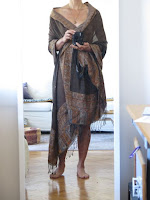 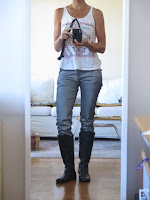 And it isn’t just clothes I find. Lots of Spanish language books, handy items, shoes, bags. Usually at unexpected moments, when you aren’t looking for it. Like the other night when I walked to the harbour to go dancing in a found dress and bumped into a peculiar book with a beautiful cover. Inbetween the dancing, with glitter all over me, sitting outside smoking, I tried to read bits and pieces in “Existio otro Humanidad”. It was difficult, my Spanish didn’t develop much so far, but fortunately on Sunday, together with the amazing dresses, I also found a Spanish grammar book.

And by the way: the Memory Shopping project is still online (and will be developed further this winter) and there are beautiful things for sale there, all the money goes to the homeless in Barcelona: www.memoryshopping.blogspot.com 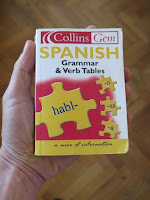 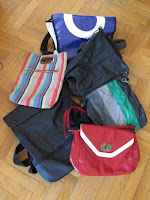 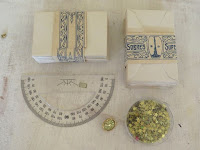 The direction of chance 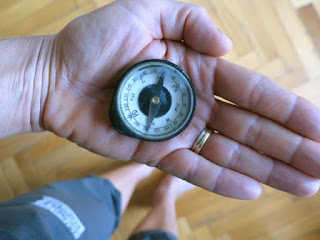 “I believe fate is an important part of life. Of all our lives, my own included .... To understand where you are in the present it is necessary to retrace the steps of your life and isolate the parts played by necessity, free will and pure chance.”

On the eve of the Kieslowski festival in Sokolowsko, the small town in Poland I fell in love with  this summer and am planning to move to, I went to the opening of an exhibition in Barcelona. I had been thinking about going up and down for the festival, Kieslowski is a director I highly admire, a filmmaker who can be regarded as a philosopher, poet and humanist, his work being deeply concerned with questions of an existential nature and with moral dilemmas faced by ordinary people. His view of human nature is honest but always compassionate. He considered himself among the weak and ignorant and often professed the Socratic sentiment that he was someone who didn't know, who was searching for answers. Chance plays a big role in his stories. In an interview he once said that he wished to show nothing other than the fact that life is complex.

I had planned to go back to Sokolowsko in time, but my old lover, Barcelona, had gotten a hold on me again and I figured Sokolowsko could wait. If it was true love, I would return anyway. And Kieslowski is present in everything in Sokolowsko, at every moment. He spent nine years of his life there and the cinema where he used to climb on the roof to watch the films through a small hole, is still in use. The Kieslowski archive is there, his footsteps are still present, his ways of looking. I don’t need the festival to be immersed in his energy. I knew that, but I didn't expect to find proof of it while being here.

The opening was at Mitte, one of my favorite places in Barcelona. When I lived in Gracia I often passed by for a coffee or lunch on my way to the sea. There is art and there are books and good food for a good price. I like the atmosphere, the music.
When I arrived, there was quite a crowd, people smoking and drinking outside, inside it was packed. I moved through the concentration of people to see if some of my Barcelona friends were there and when I didn’t see anybody I decided to smoke a cigarette before entering. With my back towards the crowd I smoked. Then somebody tapped on my shoulder. It took me a second to realize who it was and where we had met. Luca. The street artist I encountered in Poland during the experimental music festival. He was visiting Sokolowsko because he was commisioned to do a big mural in a city nearby. Yes, I knew he was based in Barcelona but still .... what are the odds with both of us moving around in the world all the time and Barcelona being quite a big city.

We talked about Sokolowsko, Soko as people call it there. And after he left I went inside, ordered a beer, sat on one of the comfortable benches and realised I was carrying a Sokolowsko bag.

Afterwards I went to another opening but I was too late and decided to eat diner in one of my other favorite places, El Mosquito where they serve freshly made Asian tapas. I sat at the bar like I always do when I’m there on my own, I ordered what I always order and read the digital version of De Groene Amsterdammer, one of the oldest Dutch newsmagazines still in existence, intellectually left-wing and progressive. It is the only thing I have a subscription on, still paying the low student rate, first illegally but when they wrote me a letter asking if I was still studying and I replied I didn’t but couldn’t afford the full price, they kindly allowed me to keep paying as little as possible.
They invest in doing proper research and go deep into matters. And as always I read many interesting things. But what struck me most, for different reasons than acquiring some new insights, was a small article about the “hottest spot” in Poland, the place where the hidden nazi train filled with gold was found. I had already heard the story from two friends in Barcelona on two seperate occasions but only now I read where it was found. Wałbrzych. It wasn’t spelled right in the article and it took me some trouble myself just now to find the Polish “l” with the stroke that is pronounced like our “w”. I tried the word in my mouth and I remembered how hard I had tried in Sokolowsko. Because it is the city nearest to this tiny mountain village. Wałbrzych. I bought an old compass there. I’ve got it with me in Barcelona. It will show me the way. 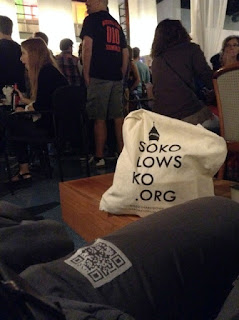 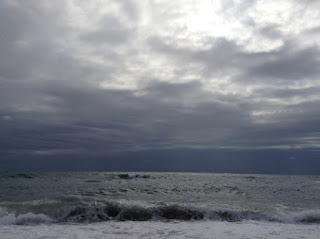 It is always the same walk but it is always different. Eixample. Crossing the Placa Universitat, walking through Raval, across the Rambla, Gotico. Usually before sunrise. Port Vell, the old harbour, being silent for a few minutes with the Muñoz people in their cage. Shoes off, along the beach. If the sea is calm I sit on my rock in the water. Reading in my three piece walking suit. Back home through Barceloneta, el Borne, still barefoot. Gotico again. the Rambla, now starting to fill with people. Retracing my steps, Raval, Universitat. Two cats waiting at the door. And inbetween there is the sea. It is always the same sea but it is always different. Today it is dark. Howling. I think of them. 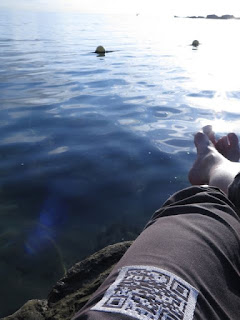 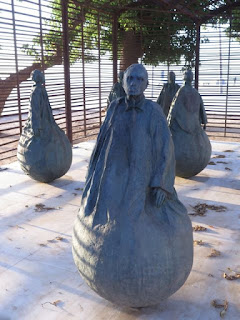